Why There's More To Sales Than Product Pushing - Accordant Partners

Why There’s More To Sales Than Product Pushing 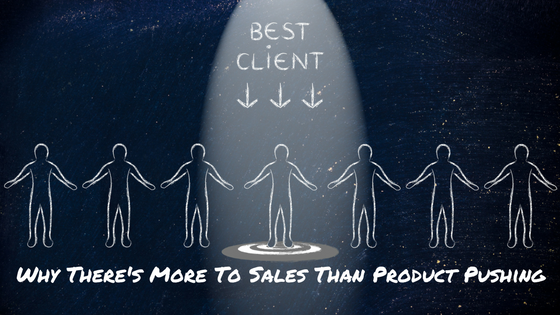 Sales is something that happens everywhere, everyday. Whether you’re walking through the high street on your day off or grabbing a sandwich in between meetings, you’re being sold to in a catalogue of ways – many of which you won’t notice.

The emerging discipline of neuromarketing shows us that a consumer’s interaction with products is more subtle and complex than them simply being wowed by something that’s pushed right under their nose. And let’s face it, with the rise of social media and multifaceted interactions, push marketing has begun to appear somewhat passé.

Some of the lessons learned from this science can give us clues as to unique and interesting ways we can sell to customers without becoming an annoyance. After all, bombardment and product pushing doesn’t sit comfortably with many consumer groups anymore, especially those with access to instant technology.

How many of you, at some point in 2015, sat anxiously on a chair while someone else tipped a bucket filled with icy water over your head? According to ALS (the charity behind the Ice Bucket Challenge campaign) 17 million people did just this! Why? Well, firstly, it was great fun. And secondly, it engaged people in a collective cause and allowed them to upload something brilliant to their social media pages with a trending hashtag. As a result, people donated their cash to the charity, and $115 Million was raised for ALS. What an achievement!
Instead of product pushing, ALS pulled people in with a social media campaign that was fun and engaging. And did anyone feel they were being sold to? Probably not.

With the rise of V.R and 360 degree video, consumers are increasing eager to experience products in a multidimensional way before buying. Taking a prospective customer around a car show room and only letting him look at the cars is one thing. But allowing him to sit inside, drive it around, feel the interior and experience the car is another.

LUSH (a giant in organic soaps and cosmetics) are particularly good at immersing customers in a sensory experience. Instead of advertising on television, LUSH primarily rely on word-of-mouth marketing based on positive customer experiences within their stores and on social media. And it clearly works! In 2016, LUSH reported a 40% growth in sales thanks to, what they call, ‘unmarketing’. So what do they do that’s unique? Well, firstly, you won’t leave the store without some sort of pampering treatment – whether it’s an arm massage or makeover or even a hypnotic guided meditation through their perfume selection. Even if you do escape with nothing but a few samples, the experience is enough to get you talking to friends and family – and that’s exactly their intention.

Neuromarketing has shown countless times that a consumer’s emotional responses play a pivotal role in their buying behaviours – and this is nothing new. But it’s something that is still overlooked from time to time when products are being pushed out over social media with no direction. The narrative of your brand is what will help it stand out from competitors, and if that narrative can evoke emotion, consumers will be drawn to you. Happy and positive messages are shared more than negative ones, according to a New York Times study, and what’s more, upbeat advertising is less likely to trigger complaints (a lesson McDonalds learnt the hard way this year when they pulled their ad campaign centred around child bereavement).

The bottom line is, thanks to technology and two-way communication systems, consumers are looking for more of an emotional experience when engaging with brands. By keeping up with these trends, your business is set to see only positive results when compared to less popular product pushing methods.